My biggest challenge was giving a character who’s rather flat with her emotions actually facial expressions. First I thought that I should focus more on her body language than her actual facial expressions, though as I’ve been struggling with facial expression I declined that idea and practised.  This was later on also what helped me with her other concept designs.

Mickaela’s age sheet. This wasn’t a requierment for the brief, however it goes well with the origin story. I wanted to illustrate her at keypoints in her life. 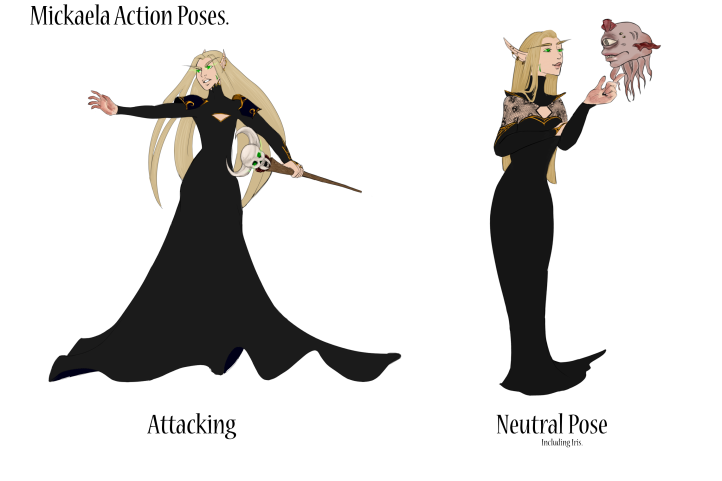 Action poses.  I decided to go with two action poses. One that is more dynamic and one that is simple and clean.  Again, I kept the colouring to a minimum and tried to focus most on the forms, curves and expressions whilst still trying to keep the poses simple but translatable. Included Iris, her ugly, little, floating demon.