Some time ago I’ve made a post about the typography project that we had.

It’s finished now and submitted to the university.

It was challenging, not so much the development of the project itself, but I’m an overthinker, meaning that where one student looks forward to projects that let you do whatever you want, I start to overthink because of the amount of freedom we’re given without any direction. Eventually I did figure out what I wanted to make the project about and it was sorted within a day.

Working in after effects went much better than the last project we had in After Effects, it’s a great program to use when it comes to typography, easy to handle and the animation functions can make the words more interesting or empowering with just a bit of movement.

Without a voice you can’t really tape a clear audio for a typography project. I chose to morph what I could and change it into the voice of a game character from the game “Portal” named GlaDOS, an artificial intelligent computer system. The choice of using GlaDOS as a voice sample (sample being the wrong word here as I had to use three different programs to change a normal voice to something that was much like hers.) made the choice of the font for the typography easier. 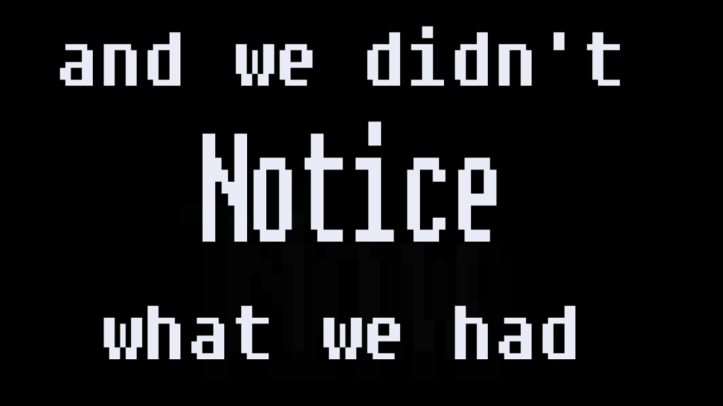 The only downside of using programs to change your voice into a computer like voice is that emotions don’t translate as good as if you would have with an actual human’s voice.

However, the message did come across as readable and my feedback was positive. Most comments came from the first part of the typography, which was well received.

I lingered too long on what it would be about, way too long. And I’m aware of this. I’m my own worst critic when it comes to ideas and once I let that go and just wrote down a few topics it was much easier to construct a plan for this ‘ open universe’ project.