Due to the change of heart, I switched to one of my backup plans. These were already worked out with ideas for moodsheets and even camera angles.

I chose insanity because due to time I would be able to finish it quicker than Werewolf.

The plan for Insanity was a 3d environment with 3d character which would be pre-rigged free downloadable character from animeschool or 11second club. He would be positioned in  a room throughout the story and so that setup would be easy to create aswell.

The idea of playing with moods through colours remained.  Taking inspiration from the film “What dreams may come.” 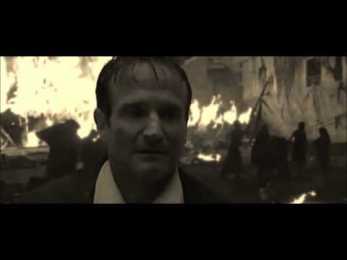 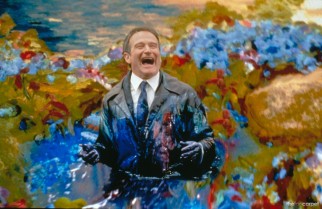 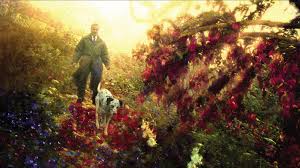 (moodboard What dreams may come )

The story depicts perfectly what I wanted to create with the Insanity storyline. A man dies and his wife commits suicide.  He ends up in heaven whilst she ends up in hell.  Heaven is portrayed with high amounts of saturation, making every flower and ever blade of grass pop out in every scene.  Whilst when you see hell, it’s cold colours, void of any life.  Blues, greens and  purples with many shades of grey.

In Insanity I wanted to give into the voices that many struggle with (myself being one of them)  which tell you that all is fine whilst the world around you is falling apart or visa versa.
Putting Sebastian in a happy place, a room with warm colours, remembering good things that fill his heart with joy, whilst in reality he’s stuck in a chamber somewhere in an asylum, unresponsive to anyone around him.  Almost as if he’s clinging to the illusions in his mind from times where his life was better.

Whilst brainstorming over the things that could bring happiness, I eventually decided to go for pictures.  The game “Life is strange”  and the movie “The butterfly effect” gave me lots of inspiration regarding the build up for the photobook. In both game and film, memories are the gateway to another timeline or the possibility to change the past. The one thing that keeps them from true reality.