So far the development of the characters were no issue.  We had a presentation for the client which went really well.  He liked the idea that we had regarding the story for the animation and agreed with the models.  He only had a few things to point out:
– The model of the mother looked a bit too old.  A change of attire to a more modern standard outfit would suit her better.
-Adding some humour to the dialogue, giving the example of when the mother tumbles over she comments to the daughter with “I’m not in my 20’s anymore.”

The client also offered to send us updated versions of the logo and the colour sheet of Fosse Healthcare.

We did pitch a second idea, which was a more humorous approach towards Fosse Healthcare and what they can mean to their clients, however eventhough the client personally would have gone for this idea, he did note that our current story is a more professional approach that reaches out to both possible clients and their families, which to him are the target audience.

With this information I adjusted the characters accordingly.

For the main character I decided to give her a gardening outfit instead of her little pink dress.  This because the story takes place in her garden and putting her in an outfit that fits the scene seemed to translate better.  The daughter’s hips were adjusted as was her nose to tone her down a bit more. 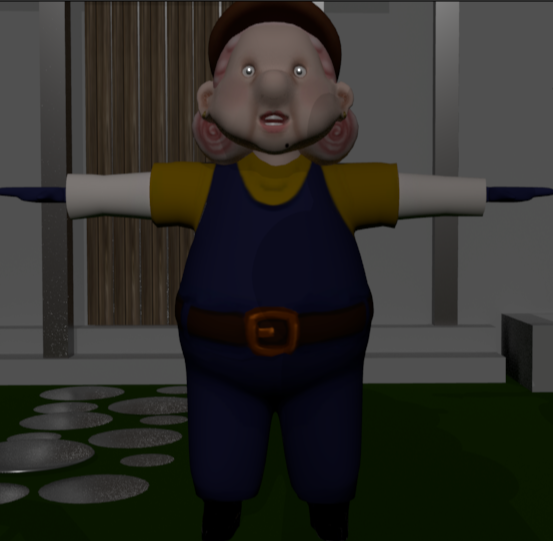 Decided the change the hair up, still keeping the rose idea of the curls and colours, but putting a little hat on her aswell.  An overall with a big brown belt on which she can put her gardening tools such as scissors or small shovels.  I do like this design more than the previous one, it seems more fitting to the story and environment. 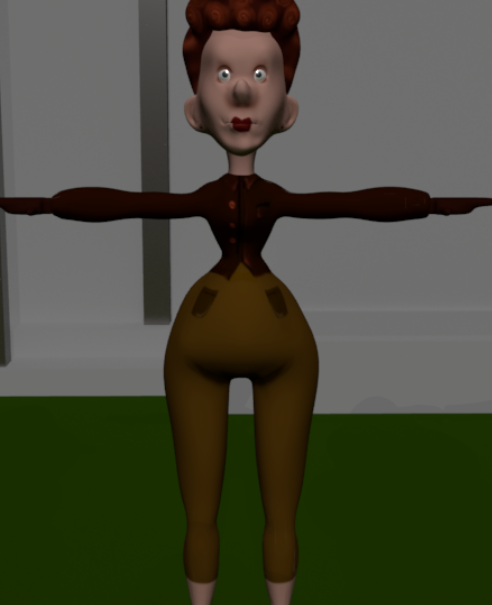 The daughter’s form has been toned down a bit. Her hips aren’t as wide and her torso is a bit fuller than before.  Her clothing I didn’t change as no one was against it.

I am very glad that I decided to make the characters in several parts that could be replaced easily to adjust.  It cut down on a lot of time when I remodeled the mother’s outfit because I didn’t have to go down the road of redoing the whole UV maps etc.  If I continue down the path of modeling, I will keep this in mind.  Clients want to see changes quickly and I’ve noticed that we wanted to show the changes that were made quickly as well so we could continue working towards our deadline, so every step towards a quicker way of handling things is a step closer to success.